Within the discipline of silversmithing, the solid silver epergne known as the Ondine was one of the most important objects made for the 1958 World Fair. Though it looks anachronistic, it is in fact representative of its time. The 1950s were characterized by a blend of conservatism and tradition on the one hand, and an awareness and acceptance of modernism on the other. Ondine should therefore be seen as one of the last material witnesses of an era which saw a last flicker of the pre-war craving for prestige, grandeur, lustre and etiquette. An artwork is usually more than an anecdote; it supports history. But in this case exactly the opposite is true and the anecdote and history elevate the object.

Behind the scenes at Expo 58

The Commissioner of Expo 58, Moens de Fernig, thought big! He was determined the world should come to see Belgium as a strong and united nation with the king at its head, and so the exhibition was also to be a diplomatic happening. The late-eighteenth-century castle Belvédère was restored for the official receptions and dinners.

The firm Wolfers Frères was chosen to supply the silverware: a set of more than a thousand pieces for forty people seated at two tables. The Ondine epergne - an ornament for the centre of the dinner table - with its two candlesticks and two bowls, was just a part of it. Characterized by escapism, the style is totally in keeping with Wolfers Frères' production in the postwar years. So the silver designed by the Wolfers drawing workshop for the Belvédère fitted the bill in every way, for the requirements for the interior of the late-eighteenth-century building also applied to the tableware. The Directoire style was de rigueur!

The sculpture which crowns the epergne bears Marcel Wolfers' signature. One would expect the sculptor to have designed the whole centrepiece, but that is unlikely to have been the case given the stylistic and material differences between the sculpture and the rest of the piece. Though the surviving sketches are not signed, there can be little doubt that the author of the centrepiece was Charles Geets, créateur dessinateur with Wolfers Frères since 1927.

Immediately after the end of Expo 58 the silverware was returned to the Wolfers establishment, yet the Ondine centrepiece was recently put on the market by the heirs of Moens de Fernig. The question our research was unable to answer is how the epergne came into his hands. The engraved initials on the piece C.B. and R.U., separated by a five-point star above the date 1958, may be a clue. These initials undoubtedly stand for the colony: Congo Belge – Ruanda-Urundi. Given Moens de Fernig's professional activities in Africa, it may have been given to him as a gift after the Expo as a token of recognition and gratitude for services rendered.

Neither Freddy nor Jean Wolfers, who headed up the company from the 1950s, can remember much about creating and supplying the Expo 58 Commissioner with silverware, which seems quite extraordinary given the part played by the Ondine in the Belvédère set and the importance of the palace on a diplomatic level. There is however a reason which more than probably explains this black-out on the part of the directors: the Ondine commission and the silverware for the Belvédère paled into insignificance by comparison with a huge order for silverware placed by the King of Saudi Arabia, Saud bin Abdul Aziz, in 1958.

In the 1950s Saud bin Abdul Aziz had a palace built in Riyadh for which Wolfers Frères was asked to supply all the silver – two thousand five hundred kilograms of silver and seven hundred kilograms of gold – in the autumn of 1958. Obviously, in the circumstances, Expo 58 was of secondary importance for the company. The Saudi order was given absolute priority, even if that meant that Ondine was not ready in time for the opening of the World Fair. In the light of all this, it is interesting to note the stylistic links between Ondine and the Saudi order. It is true that the epergne was in keeping with the Belvédère setting, but stylistically it could equally have been part of the order for the new palace in Riyadh. It was in any case no more than a footnote in the bookkeeping history of Wolfers Frères. 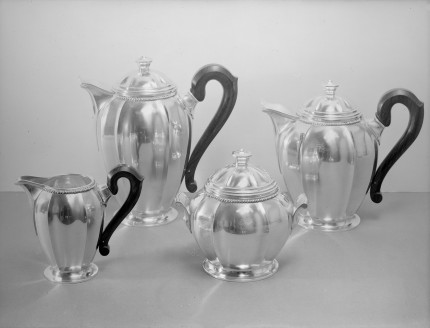 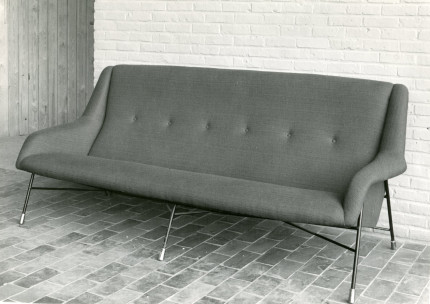