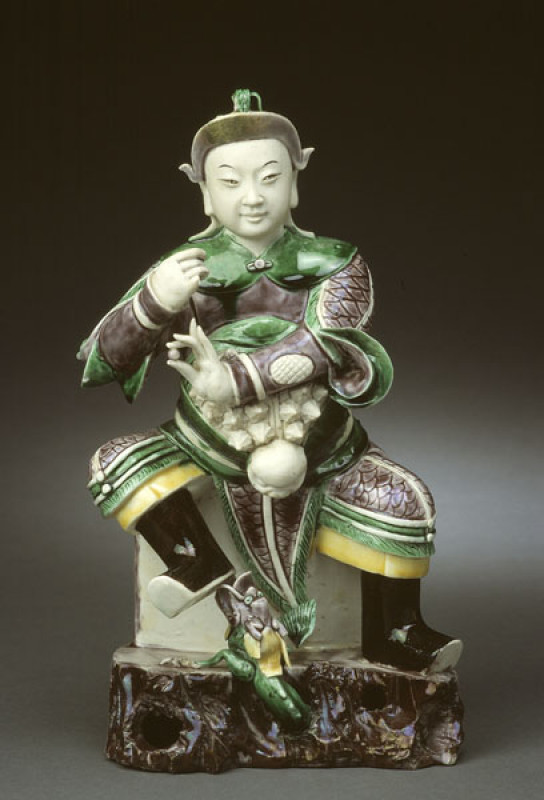 Kuan Yü (+220 AD) was a warrior from the Han dynasty. Later on, in the sixteenth century, he was elevated to god of war. The mauve pearl he is holding in his fingers, is one of the 'eight treasures' and relates to the dragon on which his right foot is resting.