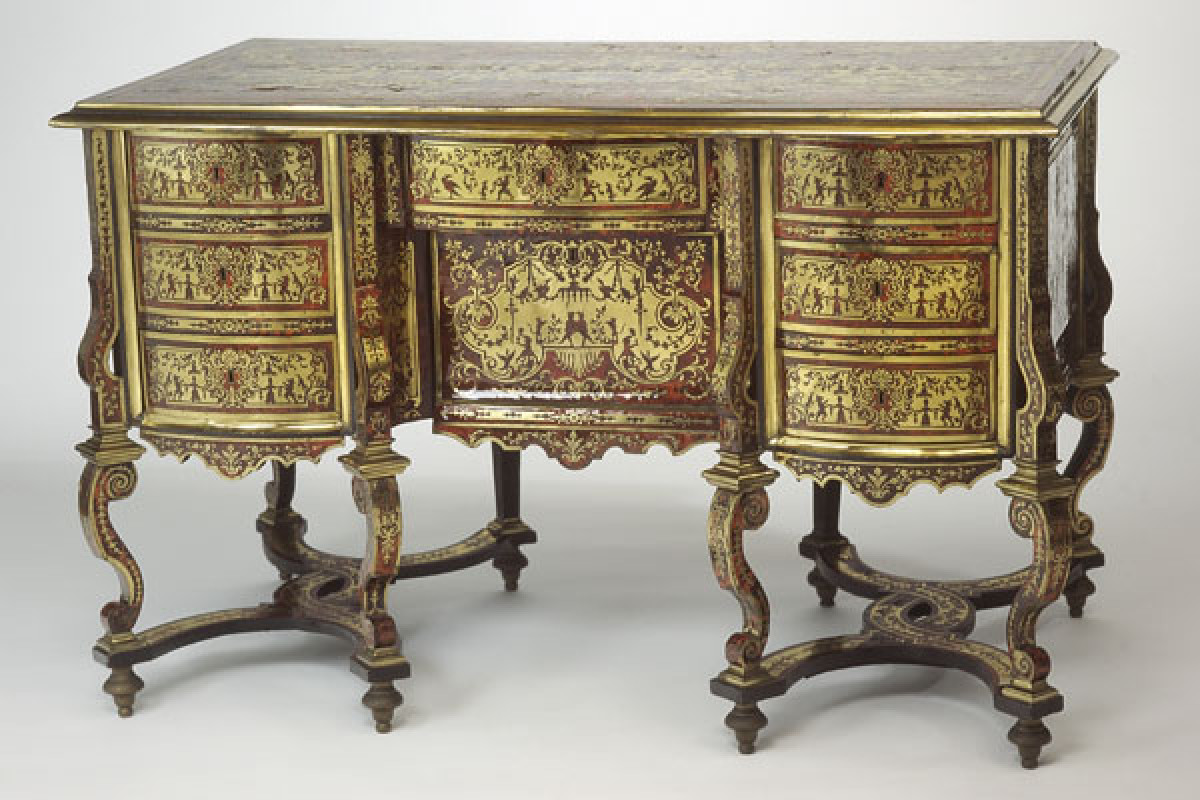 Previous Image 1 of 5 Next 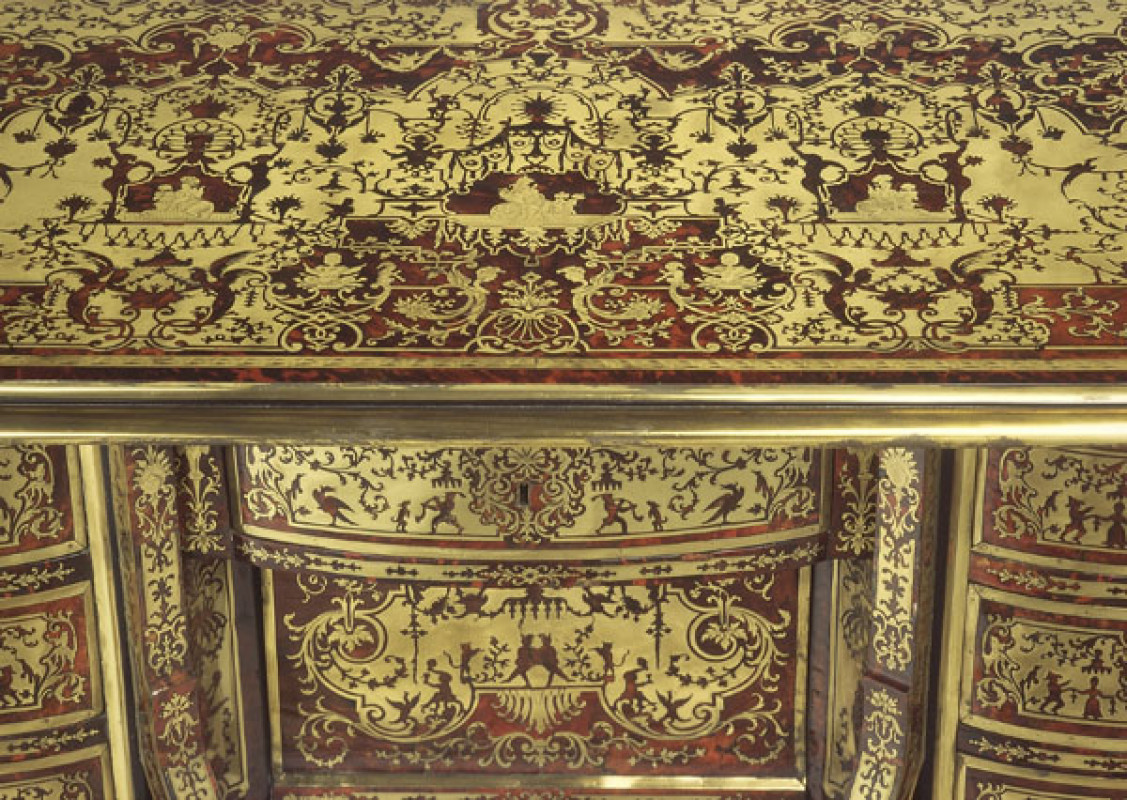 Previous Image 2 of 5 Next 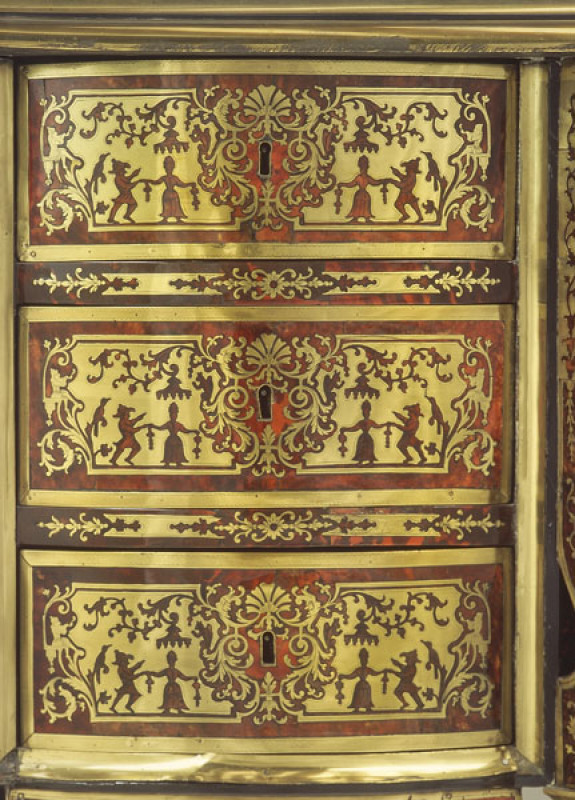 Previous Image 3 of 5 Next 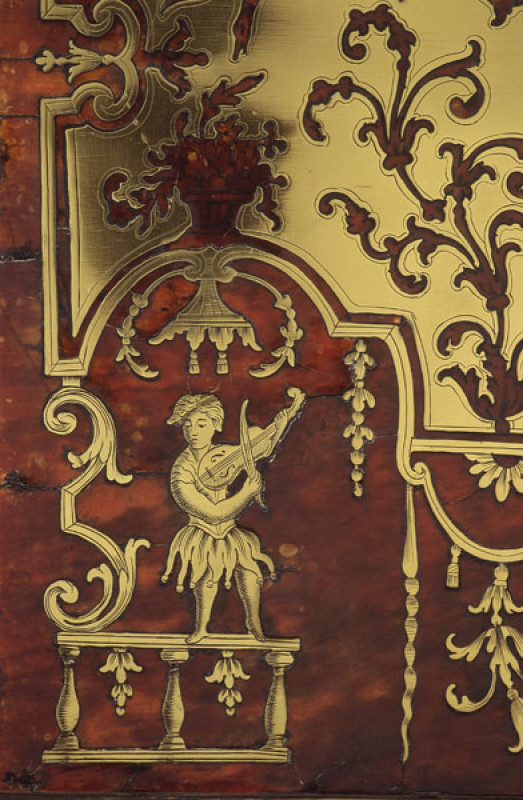 Previous Image 4 of 5 Next 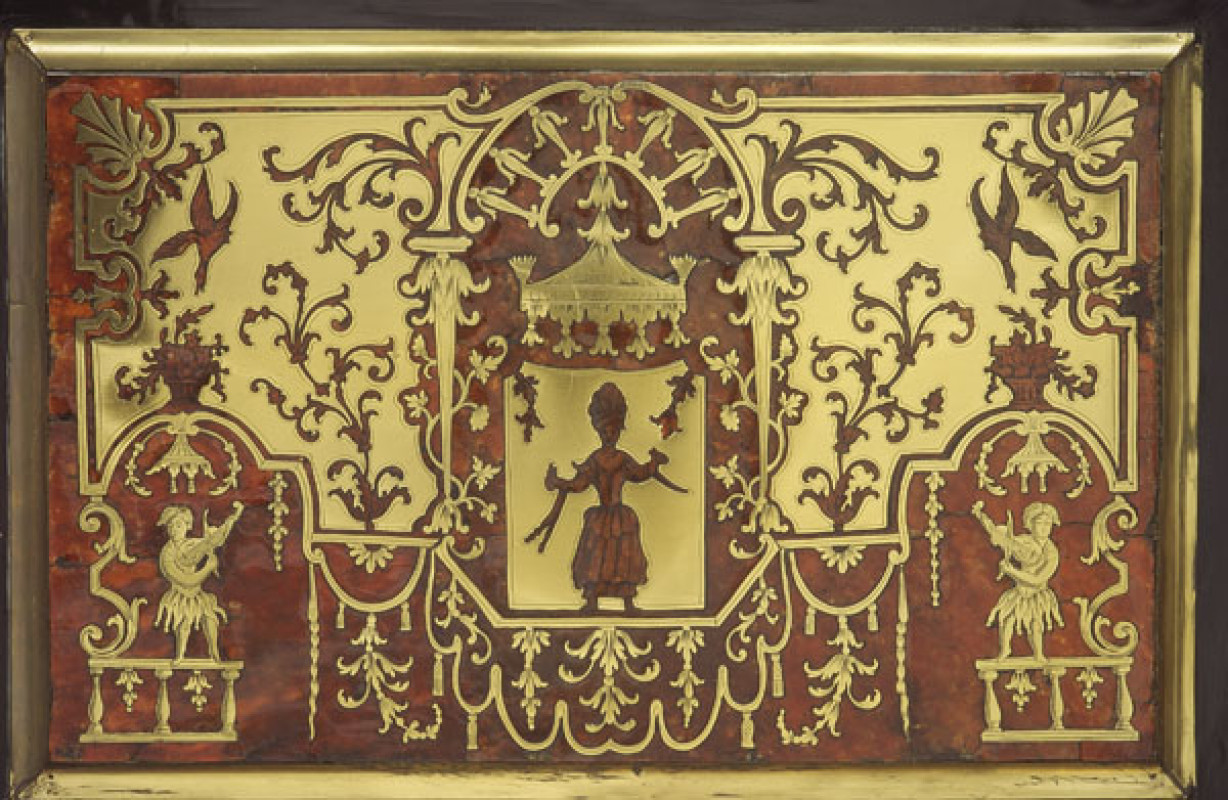 Previous Image 5 of 5 Next

The decoration of music-making or dancing figures and lavishly dressed horsemen was inspired by the pattern prints of Jean Louis Bérain (1640-1711). The so-called Boulle- technique entailed first cutting out the patterns in two plates of copper and tortoiseshell laid one on top of the other. The plates were then separated and the complementary plates laid one on top of the other. This created a panel with the pattern in première partie or a copper pattern on a tortoiseshell background, and a panel in contre-partie with the materials used in reverse. With the highly coveted première partie, the patterns were, as here, frequently outlined with a fine engraving. This marquetry technique was perfected by André-Charles Boulle (1642-1732), so much so, in fact, that his name is associated with the technique.

The furniture type is a Mazarin desk, first designed by Pierre Gole around 1670 for Cardinal Jules Mazarin. The shape is based on a traditional commode but with a hollow in the middle at the front; also called a kneehole desk. At such a desk, a gentleman of noble descent could sit sideways with one leg under the recess while carrying a sword over the other leg. The furniture was often more of a status symbol than being used intensively as a desk. Typical are the two columns with drawers, each supported by four legs. The four legs are connected with a cross or "H" shape.