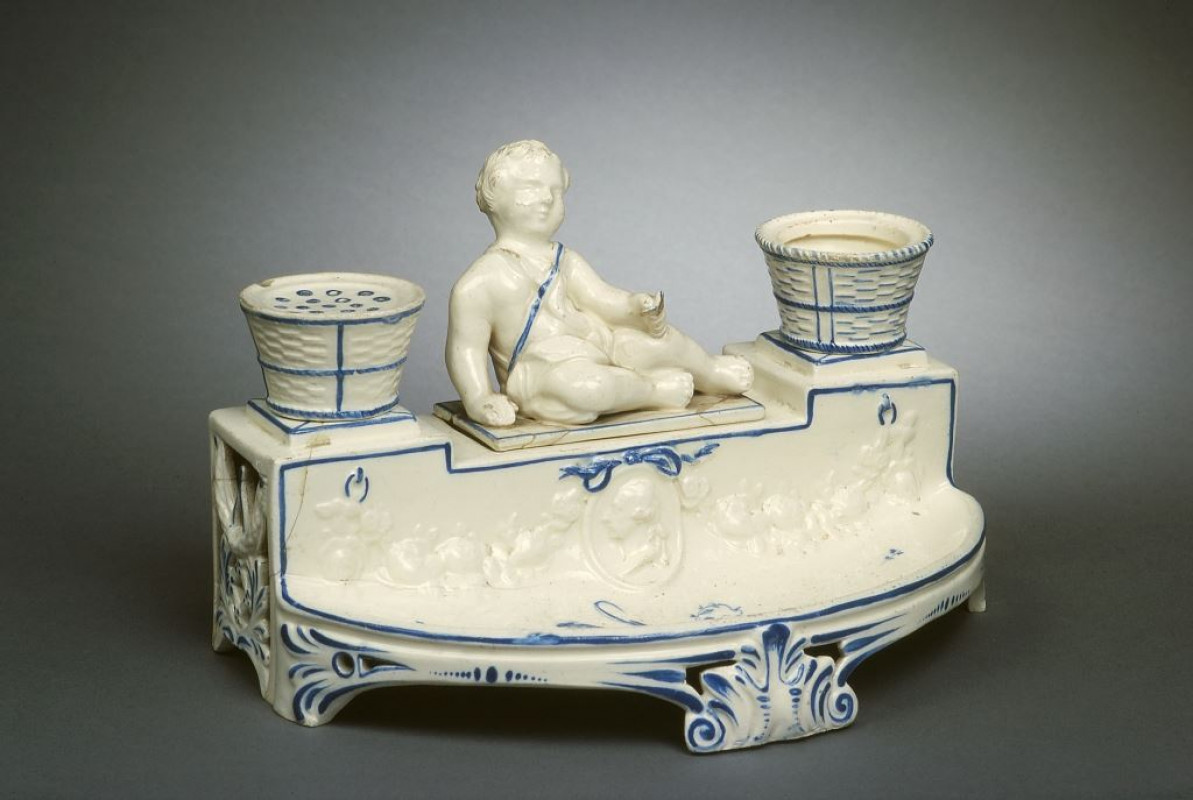 On the medallion in the middle, Emperor Joseph II (1780-1790). The same subject was also used on oil and vinegar stands and pots-pourris. Originally a cover in the shape of piled-up fruit fitted onto the basket-shaped pounce-pot and inkpot. The manufacturing company Poncelet was founded by Jean-Michel Poncelet in Attert near Arlon at the end of 1779 or early 1780 and existed until 1809. For further information about Attert, see G. Genard & P. Geubel, Ressemblances & Différences. Attert & Arlon. Faiences fines dites terres de pipe Belgo-luxembourgeoises, (Belgium), 2000.