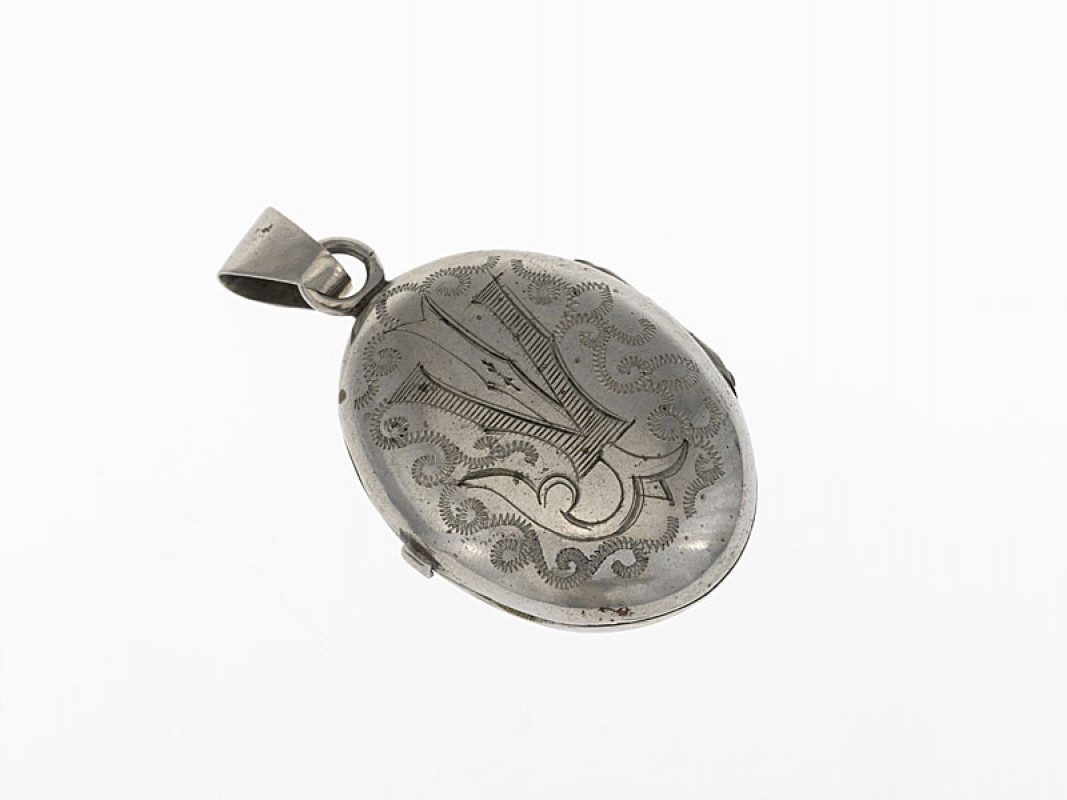 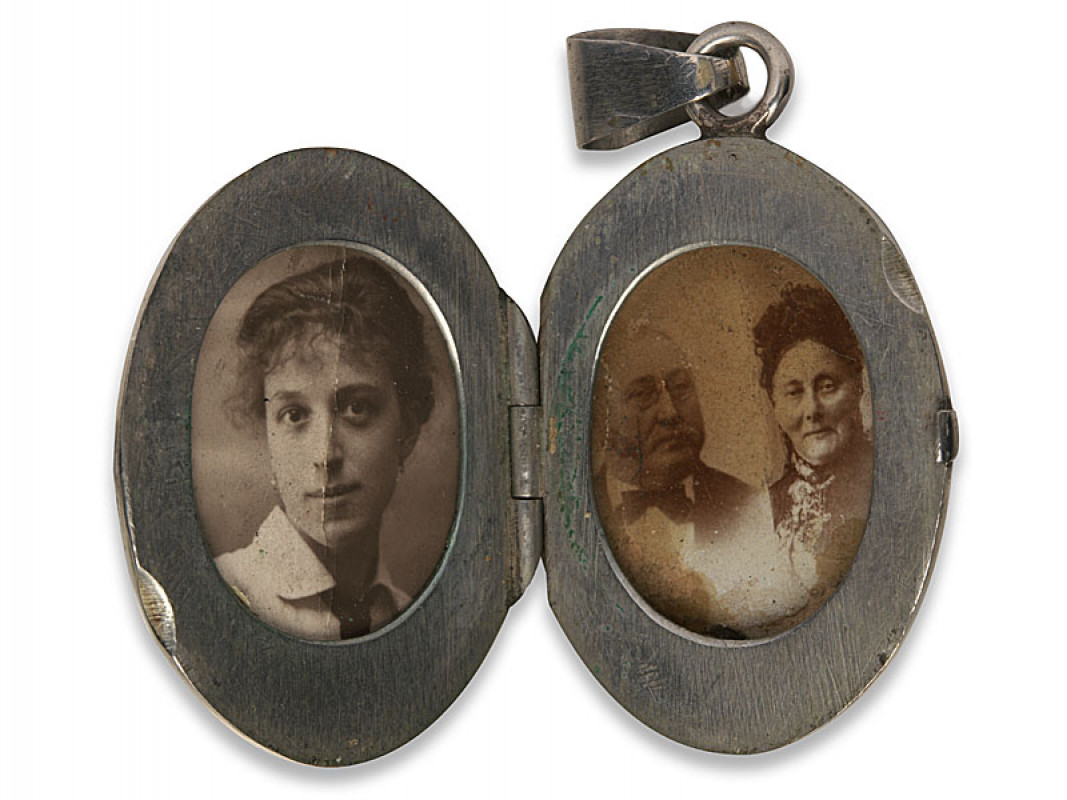 Around 1870 the medallion became a must-have novelty. Those containing photographs were particularly popular. This one was engraved with the monogram JV amidst scrollwork. The photographs which are still in the medallion show a young woman on the one side and an older couple on the other side. They are said to have derived from the liberal politician Auguste-Frédéric Vergote (1885-1906), who was governor of Namur, Hainaut and Brabant at the end of the nineteenth century.