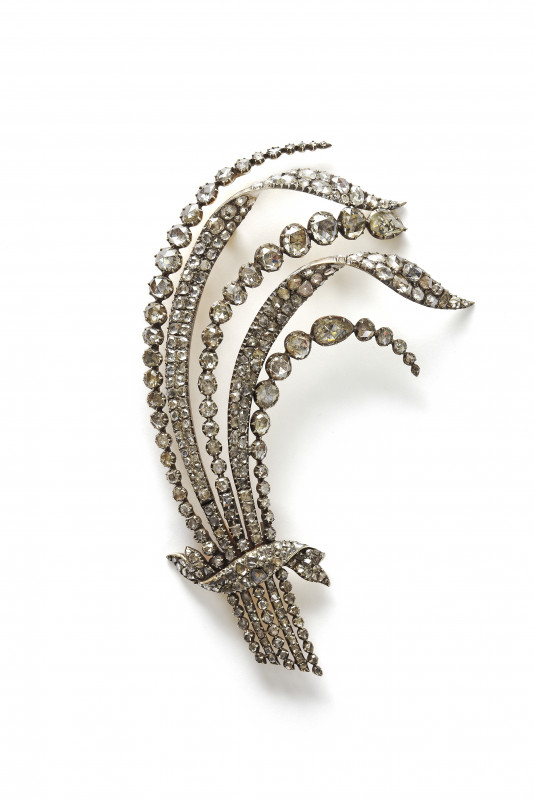 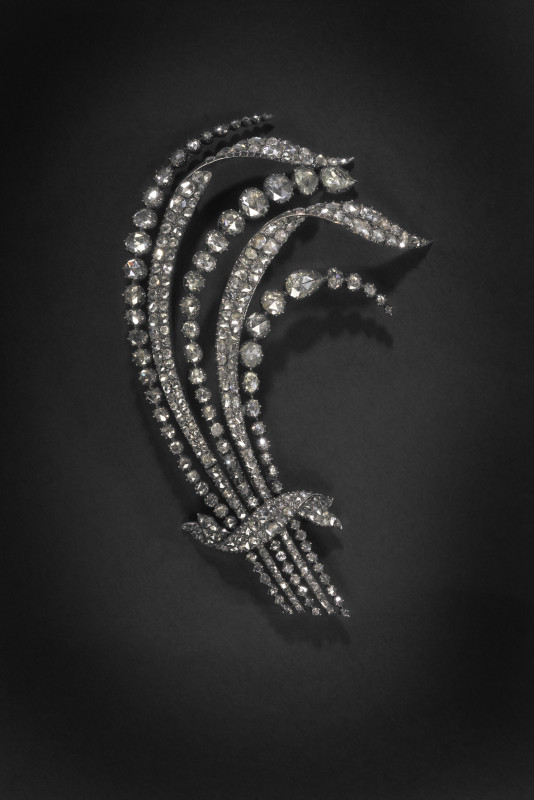 The aigrette illustrates the influence of Indian jewellery on European jewellery design. For instance, the European aigrette was inspired by an Indian turban ornament made with the feathers of an egret combined with a pearl. In seventeenth-century Europe, the feathers were gradually replaced by feather-shaped jewels often using diamonds set in silver. Changes in fashion in the eighteenth century required aigrettes to be attached with a pin. European men wore the jewel on their hat, ladies attached it to their hair or clothes. In this example a pin was added adjacent to the second feather so that the jewel could be worn as a brooch. In French the word ‘aigrette’ means both ‘feather’ and ‘egret’. At a certain point, the egret’s crest feathers - and in particular the white plume which the bird has during the breeding season – were in such demand as head ornaments for high-society ladies and gentlemen that the poor bird almost became extinct.