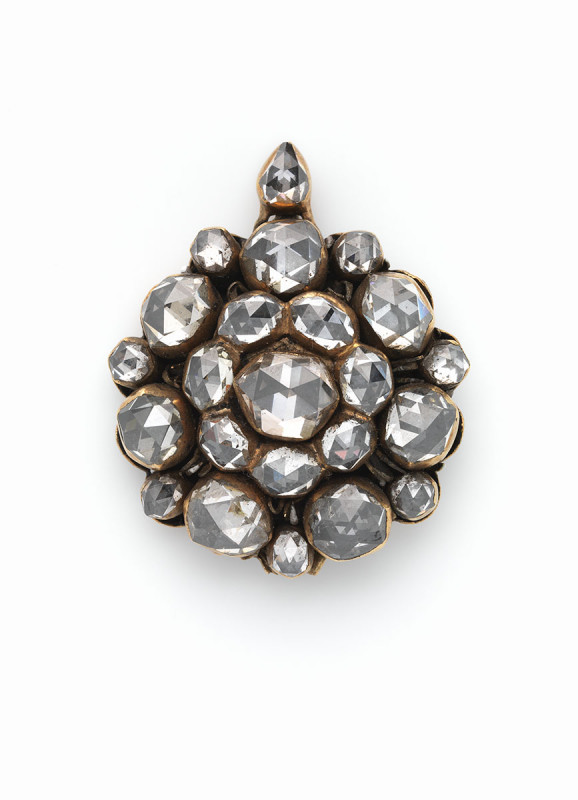 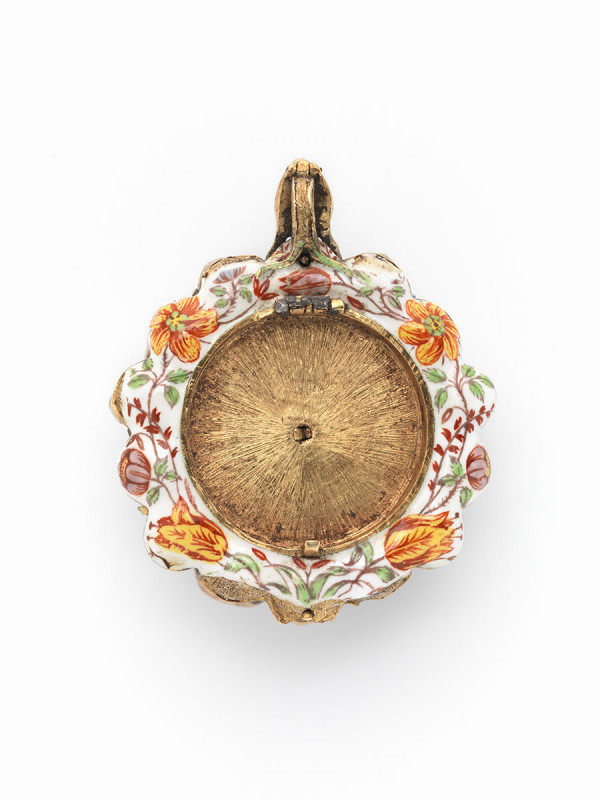 The front of this pendant is set with Amsterdam rose-cut diamonds. This cut is older than the brilliant and releases less light from the diamond. An Amsterdam rose-cut consists of 24 triangular facets, six of which come together in a point at the top. The cut is flat at the bottom. The jewel had a little casket at the back, but the cover is missing. The back is decorated with enamel flower motifs including tulips. These exotic flowers from the Ottoman Empire were introduced into the Netherlands by the Flemish humanist Ogier van Busbeke. In 1634-1637 trading in tulip bulbs reached fever pitch. The tulip motif frequently appeared in art. This jewel is a rare relic from that time. We know from a number of portraits that this sort of pendant was attached to an item of clothing with a bow, which was also part of the jewel. Look carefully and at the bottom you’ll see a tiny ring from which a pearl was probably suspended.